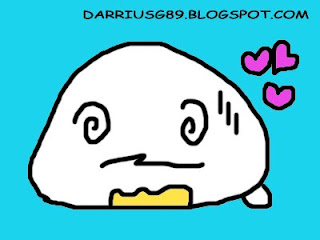 I really wanted to post an article for the valentine season, but i was chocked up with work. But not a problem, i always try to ensure that i post articles that are timeless as much as possible.

In the course of speaking with young people over time, i noticed a common denominator in ladies who are in the centre of a complex web, sexually, and by this, i mean, people who have multiple sexual partners and who seem to have sex with any guy they seem to get along well with. That denominator is a background that is starved of genuine love and show of care and affection by their immediate family members, fathers especially. The feeling of lack of love is so strong that some of them remember the last time they received a compliment, a gift, etc from their fathers; some date to as far back as over twenty years ago. It’s amazing.

Last week Friday, it was my daughter, Ireoluwa’s cultural/traditional day in school. She was dressed in Iro & Buba with gele and parents were told to come dressed in traditional as well. So, i and Deolu attended the event and she was ecstatic when she saw us. I wondered if it was not just over 3hrs ago that she left home for school. She was so excited she began to introduce us to her friends and classmates. We left after sometime and went back to work. Later in the evening, when we got back home, she screamed in excitement as she welcomed us, and then, her next statement was that she saw us in her school that day. It was really a big deal for her.

It’s really interesting to note that it’s so easy to make a little child happy, and it’s so easy to hurt them as well. The main thing i want everyone to know, is how far reaching our actions can be to them. Our actions are strong enough to make or destroy their future. Their self worth/esteem is determined by their love or lack of it and points to what kind of lives they’ll eventually live. When i was in primary school, there was this set of siblings who were regularly the last to be picked up after school hours. They had even been forgotten in school a number of times before. To such children, they’re not worth so much. Those seemingly little things count and strengthen or weaken the bond. Those children are not likely to immediately talk to their parents about personal things. Infact, they become too independent too early for their own good.

For the purpose of mentioning, valentine is good, but a lot of what the concept is around is majorly selfish and sensual. We need build the capacity to give love that is constructive, not only to people we know, but those we don’t know. Love is whole, and gives wholeness and healing, let’s not give it wrongly or refuse to give it; when we do, we’re doing much more than we think at that point in time. People have been hurt, are hurting, and so, have thrown caution to the wind, living carelessly. On the eve of valentine’s day, you needed to have seen old men with pot bellies with exotic cars parked in front of choice supermarkets, with girls old enough to be their children, buying gifts and doting over each other! Quite irritating i must say…. The two parties involved are adults and responsible for their actions but those things have repercussions that are not palatable and can be avoided.

Let’s sow the love that we want the returns in many folds into the lives that need them the most and let’s make it habitual, and a way of life. Remember above all things, that God loves you unconditionally and forever (without a time limit). That’s comforting, ain’t it?

Is Technology Helping Your Dating Life? It Didn’t Help Mine……